Greetings!  My next lecture series will be on board the Seabourn Ovation Pearls of Arabia & India 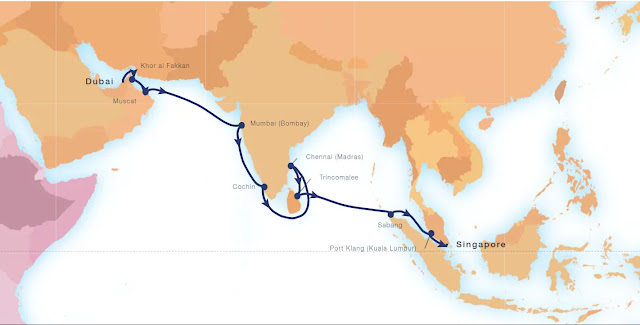 Asian elephants are some of the most iconic creatures on the planet and will play a starring role in my lectures on board the Ovation.

One of the most exciting and hopeful stories that I've come across in my research for our upcoming travels in India involves both elephants and bees.  I don't know if elephants are afraid of mice (as the old wives would have us believe) - but it turns out that they really truly are afraid of bees!!  Which could come in handy when you want to deter elephants from trampling through your village or crossing railway tracks.

The elephants and bees project teaches villagers how to build a fence that incorporates bee hives.

The beehive fence used 15 hives colonized with the Indian bee (Apis cerana indica) at 10 meter intervals and were hung 5 meters off the ground. When the elephants hit the wire attaching the beehives, the angry bees are released which is enough to deter the elephants.


Even more fascinating is the use of buzzing to deter elephants.  Yes, the railway authority in India has learned that broadcasting the sound of buzzing bees is enough to keep them away from railway tracks.  Nearly 50 buzzing amplifiers have been deployed as part of "Plan Bee" at a dozen "elephant corridors" in the vast forests of Assam state, home to nearly 6,000 elephants, 20% of the country's total.